Elliot was born in 2005. During Elliot's birth the hospital staff failed to monitor his heart rate adequately and by the time a decision was made to carry out an emergency caesarean section which in itself was delayed, Elliot ended up with permanent brain damage and a severe dyskinetic type of cerebral palsy.

He is not able to walk and is dependent upon a wheelchair; he requires assistance with all transfers and requires communication aids. 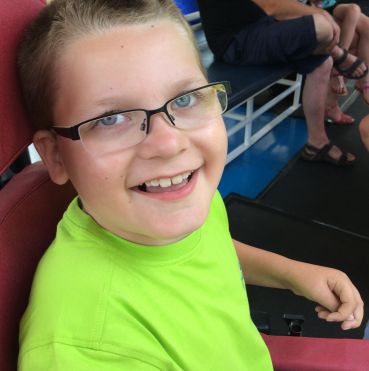 The claim was thoroughly investigated and when it was presented to the NHS Trust, they subsequently admitted fault.

Whilst we were investigating the amount of compensation Elliot should be awarded, we helped Elliot and his family secure interim payments to allow them to purchase and adapt a suitable bungalow, instruct a case manager, instruct private therapists as well as implementing a care regime.

When we first met Elliot, his parents struggled to even get him through the front door as his wheelchair was too big which meant that his parents had to lift and carry him. Elliot's compensation claim has now settled and the adapted property now means that Elliot has the freedom to mobilise in his powered wheelchair and there is no stopping him now!

"We would like to take this opportunity to thank the team at Minton Morrills, especially Sahida Patel for all their hard work and dedication that was required to bring our son Elliot's case to a close. We feel that many times work was done above and beyond the call of duty, there was always someone at the end of the phone or easily available via e-mail to answer any queries we had. Although, it was a very stressful time for us, their friendly approach made it as stress free as possible and ultimately the final settlement we achieved made it all worthwhile in the end. On that note, we would like to express how much difference that settlement has made to not only Elliot's life but all the family too. It has enabled us to purchase a wheelchair adapted vehicle which has enough room for all the family and ensures Elliot can sit with his siblings. It has allowed us to purchase and adapt a bungalow so Elliot can now freely use his power chair around his own home and nowhere inside or out is inaccessible. He has access to private therapies and we are in the process of purchasing his own power chair which not only is functionable but looks great too!

In short, life is much different now and we now know that Elliot will have a bright future that will be as fulfilled as possible. He was never going to be short of love or attention but it was impossible for us to afford the equipment, care and therapies that is required to give a child with significant disabilities like Elliot the life that he deserves. This would not have been possible without Minton Morrills, so again we thank them for everything they have done!"

Ask us a question

“It was a great honour and pleasure working with you and the team in this difficult case. Your hard work, passion and determination shone through. Your personal approach, ability and charming easy going nature put us at ease. Your team were always helpful and are a credit to you.”

A tragic stillbirth at Frimley Park Hospital was recently reported in the News. Midwives failed...
MORE

On 11 December 2020 we wrote about the publication of an interim report concerning the ...
MORE

Great Ormond Street Hospital (“GOSH”) have admitted mistakes causing the death of a 5...
MORE
Your choice regarding cookies on this site

Some cookies are essential, whilst others help us improve your experience by providing insights into how the site is being used. The technology to maintain this privacy management relies on cookie identifiers. Removing or resetting your browser cookies will reset these preferences.